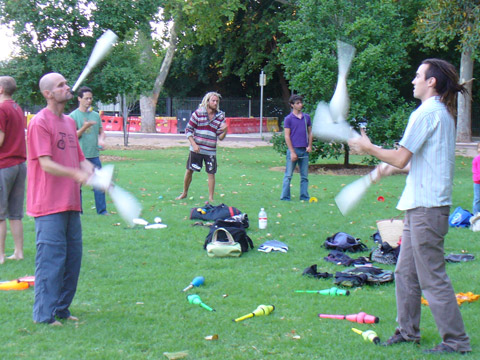 
The club was founded in 1986 by Philippe Quoilin the Juggler, and roughly a total of 4,000 jugglers have attended at one stage or another. Philippe passed the Juggling Club onto Jess Pierce who ran it for a few years until she had her son Zenith. Ben now runs it with a community of jugglers and like minded people who enjoy the Zen art of juggling and play.


Held at Happy Thursdays from April to October


Held at Rymill Park from October until April

There is also a new circus school called Lolly Jar Circus who caters for people with disabilities but is open to all young people in general . Classes are on Wednesday evenings 5.00pm to 6.15pm and 6.30pm to 7.45pm. School Terms only.